A Trick or Treat Murder

A Lucy Stone Mystery. It’s October in Maine. The air is crisp, the foliage brilliant, and everyone in Tinker’s Cove is preparing for the annual Halloween festival. While Lucy Stone is whipping up crateloads of orange-frosted cupcakes, recycling tutus for her daughters’ Halloween costumes, helping her son with his pre-teen rebellion, and breast-feeding her brand-new baby, an arsonist is loose in Tinker’s Cove. Someone is systematically putting a torch to the town’s architectural treasures – the aging seaside marvels that Lucy and her carpenter husband, Bill, are dying to restore to their former glory. The discovery that the latest fire has just claimed the life of the owner of Tinker’s Cove’s oldest house turns arson into murder. As the local residents of Tinker’s Cove work to transform a dilapidated mansion into a haunted house for the All-Ghouls festivities and the local lifestyle expert gives classes in jack-o-lantern carving, the hunt for the culprit heats up. Suddenly, innocent mischief masks true evil; every jack-o-lantern sports a menacing leer. As trick-or-treat turns deadly, a little digging in all the wrong places puts Lucy too close to the shocking truth that could send all her best laid plans up in smoke. With a little sleight-of-hand and a lot of warmth and wit, Leslie Meier once again pulls an unexpected cache of skeletons out of Tinker’s Cove’s cozy closets in a mystery as clever and delightful as its indefatigable amateur sleuth. Fine in Fine dustjacket 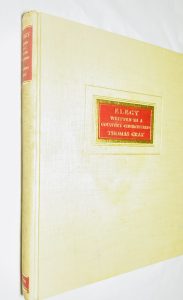 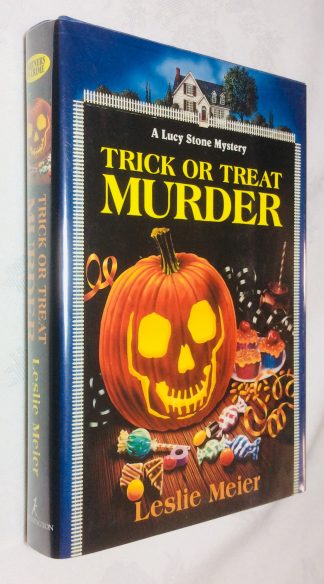 You're viewing: A Trick or Treat Murder £15.00
Add to basket