‘The words of the Opera Acis and Galatea, Written by Gay and adapted for Stage Representation from the Serenata of Handel, as Performed at the Theatre Royal, Drury Lane.’

Original green wraps , from the Nassau Steam Press. 16pp a little dog-eared. The Theatrical Observer for 1842 indicates that Clara Novello was to perform this at Theatre Royal, and this would appear to be the libretto as sold for that performance or for performances in 1844 on her treturn toEngland after her marriage. . Cast are given as Mr Allen, Mr Hudson, Herr Staudgl, Miss Clara Novello (she married in 1843) and Miss Gould 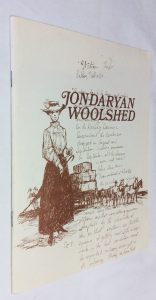 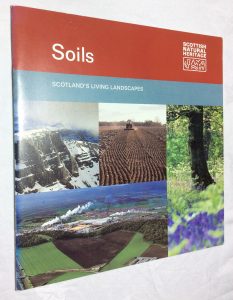 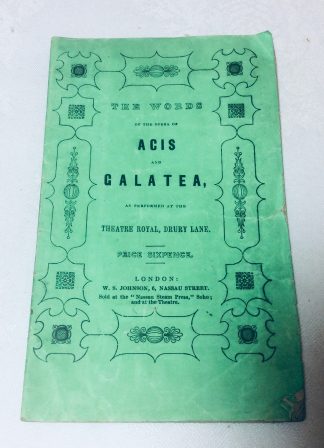 You're viewing: Acis and Galatea (libretto) £70.00
Add to basket