For centuries Edinburgh, 'the most beautiful city in Europe' according to John Betjeman, has inspired affection, admiration and awe from both natives and visitors alike. For his absorbing anthology, Ralph Lownie, has cast his net far and wide, trawling through speeches, memoirs, letters, poetry, novels, journals, lectures and guides. Spanning five hundred years of the city's history, from the Municipal Proclamation after the Battle of Floden to the novels of Ian Rankin, names as celebrated as Sir Walter Scott and Robert Louis Stevenson stand alongside less familiar visitors such as the Chinese writer Chiang Yee. This book will be treasured by all those who love the city of Edinburgh and the hundreds of thousands of visitors drawn every year to Auld Reekie, recently made the first Unesco City of Literature. Fine in Fine dustjacket 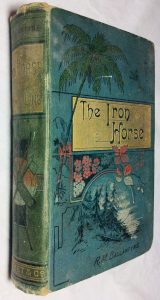 BALLANTYNE, Robert Michael
The Iron Horse, or Life on the Line 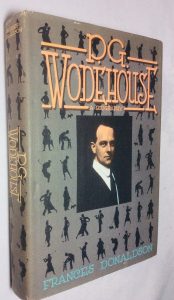 You're viewing: Auld Reekie: An Edinburgh Anthology £5.00
Add to basket