Black Gowns and Red Coats, or Oxford in 1834

“A Satire, addressed to the Duke of Wellington”. Six parts in one volume. 8vo pp.16;30;30;24;31;30. With the bookplate of George Portal, President of the Oxford Union and a note on the endpapers to the effect that this copy has been passed on through his son. According to the Bodleian Catalogue this was issued in six parts in two tranches. The parts are first editions of parts 1, 2 and 5 and second editions of the other three parts. The satire was written on the occasion of Wellington’s installation as Chancellor of the University in 1834. Cox’s poem is in essence a plea for modernisation of the University, calling for professors in new areas such as modern languages and metaphysics, and noting the rise of German universities as a rival. Cordeaux & Merry 4959 Contemporary half roan, rubbed but sound. Bookplates to pastedown and ownership inscription to front endpapers. Spine lettered in gilt. VG 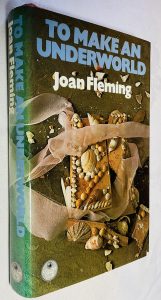 FLEMING, Joan
To Make an Underworld 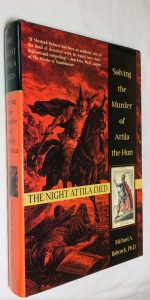 BABCOCK, Michael
The Night Attila Died: Solving the Murder of Attila the Hun