The Tomb of Tutankhamun Volume 2: The Burial Chamber

Softcovers. he discovery of the resting place of the great Egyptian Pharaoh Tutankhamun [Tut.ankh.Amen] in November 1922 by Howard Carter and the fifth Earl of Carnarvon was the greatest archaeological find the world had ever seen. Despite its plundering by thieves in antiquity, the burial of the king lay intact with its nest of coffins and funerary shrines, surrounded by a mass of burial equipment arranged in three peripheral chambers. Following on from the first volume’s account of the search for and initial discovery of the team, in the second volume Howard Carter recounts the discovery of the king’s burial chamber: the breakthrough to the four protective shrines, the revelation of the quartz-sandstone sarcophagus, the king’s three coffins (his own of pure gold) and the bejewelled mummy of the Pharaoh himself. Now available in the Bloomsbury Revelations series, the book includes over 150 photographs of the treasures that lay within the great burial chamber of Tutankhamun. First thus Near Fine 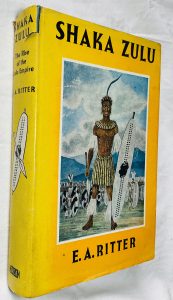 RITTER, E. A.
Shaka Zulu: The Rise of the Zulu Empire

MARSH, Ngaio
Death On The Air, and Other Stories 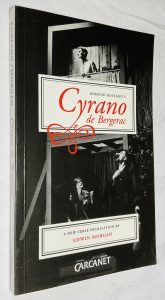 You're viewing: The Tomb of Tutankhamun Volume 2: The Burial Chamber £15.00
Add to basket